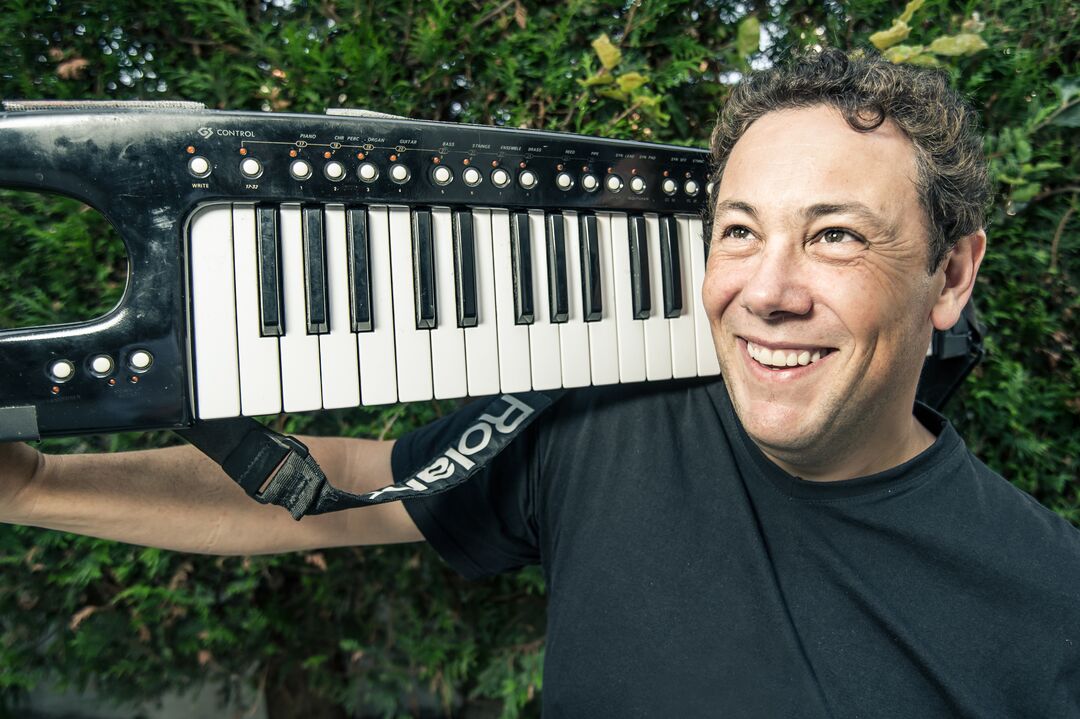 SUNRISE, FL.— In times like these, our greatest strength is our ability to pull together toward positive change. With that in mind, CHAUVET DJ welcomes music producer and internationally recognized DJ Joachim Garraud as a new CHAUVET DJ Brand Ambassador. Garraud is a celebrated recording artist with two studio albums, 96/24 and Invasion 2011, which show off his DJ’ing skills and talent as a composer. More recently, his focus has shifted to education and outreach. Joachim can often be found educating and inspiring the industry, especially young artists, with his eco-friendly approach to creating music in his 100% solar-powered mobile recording studio “LAGoodVibe”, a revolution in the modern entertainment business. As a Brand Ambassador, Garraud will join CHAUVET DJ as a resource for the entertainment community, sharing insights on gear, and serving as an emissary between what end-users want and what CHAUVET DJ offers.

Active in the concert and touring industry since 1989, Garraud has quickly become a household name across the globe for his pioneering live performance concepts that elevated disc jockey acts from show to spectacle. His “Space Invaders,” as he calls his fans, are consistently engaged with his dynamic lighting projects and inspired entertainment style he creates with CHAUVET DJ gear. Trained at the Classical Music Conservatory of Nantes in France, Joachim Garraud honed his piano and percussion skills before branching into the electro-house aesthetic that’s made him the influential music figure he is today. He spent his early career at The Boy, a Parisian club credited with launching the techno phenomenon in France. These influences are strong in Garraud’s work, positioning him as a globally recognized figure for his magnetic, interactive performances.

His work on the ground floor with musical legends David Bowie, The Eurythmics, Beyoncé, and David Guetta have earned him critical acclaim as a producer and co-writer. Garraud’s collaboration with Bob Sinclar for their reworking of Deep Dish “Flashdance” earned him a Grammy nod for “Best Remix.” Now, Garraud brings his skills and wealth of knowledge to CHAUVET DJ as a Brand Ambassador for the same gear he used to help make his career. “CHAUVET DJ has been with me every step of the way,” said Garraud. “They’ve always had something new to inspire my set, every year, without fail. I can hang the performance on the gear knowing it’s going to pump up the Space Invaders and elevate my work.”

CHAUVET DJ has a long history of following the careers of brand advocates and strives to keep communication and creativity flowing in every direction throughout the industry. CHAUVET DJ continues now as a touchpoint of connection to the entertainment community as we continue to educate, engineer, and aim toward a brighter future. “We’re thrilled to welcome Joachim Garraud,” said CHAUVET DJ Global Brand Manager, Geoff Short. “His enthusiasm for our work is matched only by our passion for his. We know that this will be the beginning of a great partnership.”

Back to All
We use cookies to ensure that we give you the best experience on our website. If you continue to use this site we will assume that you are happy with it.OkNoPrivacy policy
Revoke cookies